Drive those test nerves away with psychotherapy, mindfulness and hypnotherapy

I have worked with many adults and teenagers, in Reading and Oxford, who had found themselves in a state about taking their driving tests. I have helped so many to pass that I’ve lost count.

It is here. however, that I must confess to having a slightly less than perfect record.

My first client for driving test nerves lived in Oxford. I saw him whilst I was still in training. He was a perfectly safe and decent driver. His instructor knew he was good enough to pass and yet he’d failed three times. Anxiety had become his enemy and it had beaten him every time. He had failed each and every time because anxiety had been in charge. 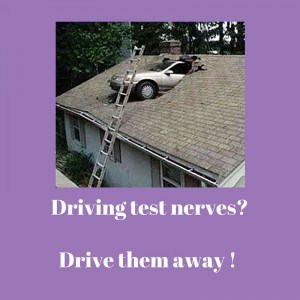 I only had the opportunity to see him once. In that one session I had him practise taking the test, in his head, anxiously. He was well used to imagining that. He’d done it so many times already! I also had him imagine taking the test confidently and calmly. He was surprised at how vividly he could imagine both scenarios.

He had proven that he could do it both anxiously and calmly. I therefore informed him that he now had a choice and that he should now run through the test one last time, feeling whatever he wished to feel on the day.

I regret to inform you, dear reader, that he failed the next test. He failed and yet he didn’t give a damn. He didn’t care because he’d failed due to over-confidence!

He learned that he could be confident and passed the very next time. I learned to build confidence but also care and calm into my work with teenagers from that point on. From that first client, in 2011, to this very day every single client of mine has passed their next test.

There are no guarantees, of course, but you get the point: there is every reason to believe that the fear of driving tests can be overcome. 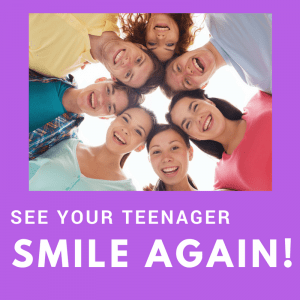 People can learn to become afraid of fear. They fail their test once due to nerves and on the morning of their next attempt they notice the adrenaline beginning to flow. “Oh my God, it’s happening again” they think and the fear begins to feed on itself.

They then imagine the scenario in which they fail and they thus make that failure more likely. When they fail for the second time they come to believe that it’s going to be a permanent state. They say that success breeds success. The opposite is also true.

Resolved! Counselling for Children is perfectly used to working with teenagers suffering from driving test anxiety. If your own teen is feeling the fear then I could help.

Being nervous is perfectly acceptable.

I failed my test two times. The very first time I was too confident and blasé. The second time I had been chastened and failed due to being too nervous and hesitant. The third time saw me, as with Goldilocks, drive ‘just right’.

I could help your teenager to establish that balance between caution and confidence. I could help them to manage their nervousness, to be OK with their not feeling OK before the test takes place. Nervousness is to be expected. Being OK with that feeling is the desired state.

Hypnotherapy for driving test anxiety is effective, generally quick and it works!

I have been trained as an adult psychotherapist who majors in the use of hypnotherapy. I have used this approach with many adults who had taken many tests and who had learned to feel fear more effectively each and every time.

I have been trained to use counselling approaches with children and have learned how to use a great many new approaches whilst undergoing that two year course.

As a teacher, over twenty years, I learned to relate to that demographic and now blend both of my psychotherapeutic trainings to help them to overcome fear in all kinds of scenarios. Driving test nerves are merely one form of anxiety with which I have a great deal of experience.

If your teenager is becoming their own worst enemy with regard to their driving test then I am well placed and well-trained to offer an effective form of help. If you’d like to discuss this in more depth and detail then please feel free to get in touch.