Panic attacks and panic disorder in Oxford and Reading. Perhaps it’s time to deal with them, once and for all

Your son or daughter could learn to be free of it. There’s no need to believe that nothing can be done

I’m sorry that you’re having to be here. I’ve worked with many children and teenagers who suffered from panic attacks and I do understand how awful a condition panic disorder can be. If you live in or near Oxford or Reading then your son or daughter could learn to be free from the problem, once and for all.

I also offer counselling and psychotherapy for panic attacks online, using vsee, whatsapp, zoom. Please get in touch for details. 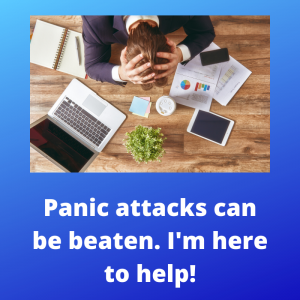 It’s my experience that panic attacks are caused by anxiety which has built up, been suppressed and which can be held back no longer. Sometimes there’s a certain trigger, particularly in cases of trauma, and sometimes they just come at random. People quickly learn to be afraid of their fear, which only gives them more fear to attempt to suppress. It becomes a vicious little circle and until something changes it will simply continue.

Panic attacks are, therefore, the consequence of an attempt to be strong. Trying to be a strong little boy or being afraid to show our feelings, even to ourselves, will cause us to deny those feelings, blocking them and hoping they go away. Unfortunately adrenaline and cortisol will hang around if not dealt with and the problem simply grows worse over time.

Everybody is different and there are many different ways in which a child or teenager can learn to suppress their anxiety. It could be that their parents aren’t the greatest examples of managing their own feelings and the ‘stiff upper-lip’ approach has been learned. It could be bullying at school, a family break-up, trauma or various kinds, the example set by peers or a million other things.

Whatever’s going on with your son or daughter, whatever the cause may be, learning to deal with feelings in a healthier way is key to being free from panic disorder.

Self-esteem, confidence and letting go of the past can also be vital 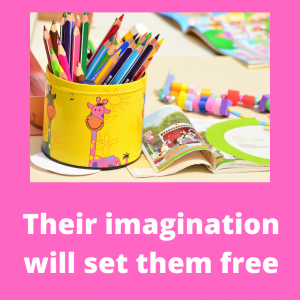 Confident individuals relatively rarely experience panic attacks. The experience of panic disorder, in itself, can be enough to damage a young person’s self-esteem. Therapy could help to restore your child’s sense of self and their faith in their own ability to manage those demands placed upon them.

If there is a past event or circumstance which has directly led to the development of a panic disorder then learning to process that event and learning to let it go may well prove vital to future mental health.

Children and teenagers have a great capacity for egocentrism – taking the blame on themselves and believing themselves to be uniquely dreadful individuals. Therapy could help them to let go of this belief and to treat themselves with more compassion, acceptance and respect.

How can therapy help?

Everybody is unique and everybody will require a different approach, dependent on age, stage and personality. The younger the child the less effective traditional talking therapies prove to be. The youngest children just don’t have the vocabulary, conceptual understanding or patience to undertake traditional forms of talking therapy. It’s here that play, sand and other forms of child psychotherapy come to the fore.

Such methods of psychotherapy will allow your child to express and process their emotions in a new and different way, within a space in which they feel accepted, understood and entirely free to communicate without editing their communication.

I used to think that these methods of working were nonsense, until I, myself, helped a six year old girl to process her grief at her parents’ divorce, almost entirely through the use of a sand-tray.

This took place in five sessions and converted me, forever, to the power of these approaches. I did use a little hypnosis too. Imagination is a very powerful thing and it can be harnessed to therapeutic ends.

Older children and teenagers shy away from such things as toys and sand, and are advanced enough to use talking therapies adapted for their use. Mindfulness and even hypnotherapy can be of great help in shifting panic attacks into history too. I have a long experience of using a combination of all these things with young people of all ages.

What about nocturnal panic attacks?

I can remember being very nervous, years ago, when I first worked with a client who experienced nocturnal attacks. He was a teenager and would wake in the night screaming at the top of his lungs. I was nervous because I understood the theory but had my doubts as to the practice. I needn’t have worried. he was on full alert during the day and would keep his feelings suppressed and hidden. During the night, however, he had no such ability and these feelings all came screaming out of his body.

Once we’d dealt with whatever it was which stressed him during the day his nocturnal panic attacks ceased. The theories held true.

Let’s free your child, tween or teenager from panic attacks, helping them to live a happier life!

Please do get in touch if you’d like to learn more of how I could help your son or daughter to be free of panic. If you live in Oxford or Reading, or nearby, then I’ll be more than happy to explain how I work and to answer any questions you might have.

However you choose to get in touch I look forward to hearing from you.